How will Ireland’s economy fare in the new year?

Lesson: How will Ireland’s economy fare in the new year? 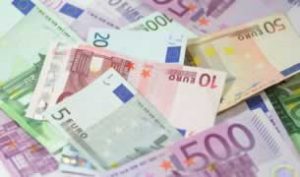 New predictions from the EY-DKM Economic Advisory point to a largely positive year ahead for the Irish economy.

Following a relatively strong 2018, many organisations may be wondering what is in store for the Irish economy in the next calendar year.

According to the EY-DKM Economic Advisory, despite growing unease around Brexit and global economic uncertainty, Ireland’s 2019 prospects are looking fairly healthy.

A bright outlook for the Irish economy?

The figures state that GDP is set to rise by 4.2pc, with growth set to remain robust and above trend thanks to a strong domestic climate. Prof Neil Gibson, chief economist at EY Ireland, described the country’s standpoint as a “position of strength”.

He added: “This domestic strength provides Ireland with short-term insulation against a slowdown globally.

“However, this growth brings with it new problems, such as labour shortages, rising prices and pressure on public services – each of which will provide major challenges for policymakers and business alike.”

The largest risk here is a slowing global economy hitting the many multinationals that call Ireland home.

Looking at employment growth, EY predicts figures will rise by 2.7pc in 2019. Gibson noted that despite the looming popularity of online shopping, the scale of consumer spending growth is likely to offset most risks felt by brick-and-mortar retailers. He also noted the move of many organisations from London to Dublin as an important jobs driver.

The unemployment rate is pegged to drop by a further 4.9pc in 2019. He said: “Rising wage rates may draw some people into searching for a job who were previously not actively looking (economically inactive), and the strong migrant flow will prevent the rate falling more sharply.”

Wage growth is also set to increase by 3.6pc. Gibson said: “Wage growth has accelerated throughout 2018 and should continue in the year ahead. Across certain sectors such as IT and construction, wage growth will be more than twice the national average.”

A higher wage also means more consumer spending. Population growth, lower unemployment and pay increases mean that strong consumer spending conditions are likely for the Irish economy in 2019. If global concerns take precedence, consumers may end up increasing their savings as opposed to spending big. Inward migration is also a high likelihood, due to a lack of local supply for certain sectors. Gibson stated: “In addition, there may be a positive Brexit effect as migrants looking to locate (even temporarily) to a prosperous market with English as the predominant language may choose Ireland.”

The main barrier to inward migration is, of course, the undeniable housing shortage in Ireland. Prices are also set to increase by 4pc, according to EY research. Strong demand for building houses will cause a 7.5pc spike in construction inflation, and housing completions are likely to top 25,000. The price increase in the housing market is likely to be more acutely felt by renters in the country.

Total tax collection from businesses and individuals will rise by 4.2pc. Gibson explained: “This is largely due to above-forecast corporation tax receipts, which are notoriously volatile. The political pressures to spend are considerable, and the forecast is therefore that the fiscal balance will tip back slightly into the red in 2019 as public spending pressures remain acute.”

Small business have muted expectations on their outlook for 2022

How businesses can start their digital transformation journey

The virtual meeting will continue to proliferate Irish organisations