Lesson: Ireland has fastest growing economy in EU for the fifth consecutive year 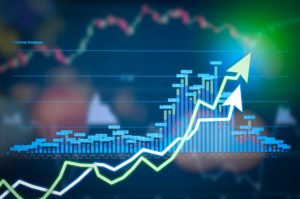 Ireland’s gross domestic product grew 6.7% in 2018, making it the European Union’s fastest-growing economy for the fifth consecutive year, although the figures were flattered once again by statistical distortions.

The relevance of using the conventional measure for economic performance as an accurate measure for such an open economy diminished when 2015 GDP growth was adjusted up to 26% after a massive revision to the stock of capital assets.

Such distortions, related to Ireland’s large cluster of multinational companies, boosted the figures again early last year and meant growth for the year as a whole came in just below the inflated 7.2% posted in 2017.

Still, a range of other more stable data from employment to retail sales point to very strong growth in the real economy and the statistics office has begun to phase in new measures which strip out some of the distorting globalised activities.

One such measure, modified domestic demand, expanded 3.3% and should be regarded as an important indicator of changes in underlying demand last year, the Central Statistics Office (CSO) said in a statement.

GDP expanded by 0.1% on a quarterly basis from October to December, compared with 0.9% in the previous quarter.

The annual growth cut Ireland’s debt as a percentage of GDP to around 68%, Michael Connolly, senior statistician at the CSO told a news conference.

Ireland’s central bank forecasts that GDP growth will moderate to 4.4% this year if Britain leaves the European Union with an agreement but eke out growth of 1.5% if its nearest neighbour crashes out of the bloc without a deal. (Reuters)

12,000 unfilled roles in Irish IT sector

Two thirds of small Irish businesses plan to recruit in 2020