Offices likely to be in a position to begin reopening in September, minister says

Lesson: Offices likely to be in a position to begin reopening in September, minister says 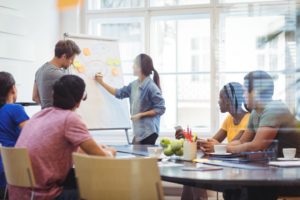 MINISTER EAMON RYAN has said he expects workplaces will be in a position to begin to reopen in September.

Current government restrictions regarding Covid-19 outline that workers should continue to work from home where possible.

Speaking to RTÉ’s Morning Ireland, Ryan said that “part of the health picture in this, as we’ve said right the way through, is also our mental health”.

He said mental health is an important part of the health of those workers who haven’t returned to the office yet.

“It won’t be everyone back on 1 September, but I think we do need to start planning for that,” Ryan said.

“It’ll be done probably on a hybrid basis, it’ll be done on a staged basis and yes I think that return to work is also part of this gradual safe transition that we’ve been engaged in,” he added.

Speaking yesterday, Chief Medical Officer Dr Tony Holohan said there are “reasons for optimism” and that the continued vaccination programme may allow the country to remove the Covid-19 restrictions that are still in place.

“We’re now making the vaccine available by way of registration for 16 to 18 year olds, and will hopefully in the next number of weeks be in a position to, as the government decided yesterday, offer registration to children between the ages of 12 and 15,” Holohan said.
“If we keep pushing on with the kinds of uptake rates we’ve seen in some of the older age groups, which by international standards is among the best in the world, that gives us a lot of reasons for optimism that the conditions we think need to be satisfied to allow us to move away from some of the restrictions that still remain in place could be met,” he said.

Asked what restrictions he was referring to, Holohan said many have been lifted since the end of April but that some restrictions remain in place including the need for Covid Certs to enter hospitality and restrictions on the number of gatherings both indoors and outdoors.

The CMO said all this “will depend” on observations over the coming weeks but that vaccinations are currently preventing “significant numbers of cases and importantly hospitalisations”.