Poor broadband is a problem in both rural and urban areas

Lesson: Poor broadband is a problem in both rural and urban areas 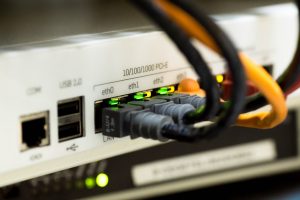 New consumer research on public attitudes to and experience of broadband services in Ireland has revealed that poor broadband is a significant problem not just in rural areas but also in urban areas.

Research undertaken by Coyne Research on behalf of Imagine Communications has found that dissatisfaction with broadband services is widespread across Ireland, and not just confined to those 540,000 homes within the proposed National Broadband Plan area.

Not surprisingly, 42% of all users – urban and rural – would be prepared to switch provider to get high-speed broadband.

Overall, the report finds that 42% of people across Ireland with broadband feel their community has been let down by the quality of broadband they receive, rising to 64% dissatisfaction in rural villages.

Commenting on the report, CEO of Imagine Communications, Sean Bolger said, “These research findings indicate that despite announcements of commercial investment of over €1 billion in more urban areas, high-speed, reliable broadband has still not been delivered for many. It is alarming that despite this investment, Comreg’s latest market report indicated that only 75,000 premises have been connected to fibre. The high level of dissatisfaction with existing broadband services revealed in this research, particularly in urban areas, also bears this out.”

He added, “The reality appears to be that the roll-out of fibre-to-the-home is either not happening at sufficient pace or scale, is too expensive or not attractive enough to consumers to sign-up to.”