Lesson: State’s enterprise policy to be revised in wake of huge tech layoffs 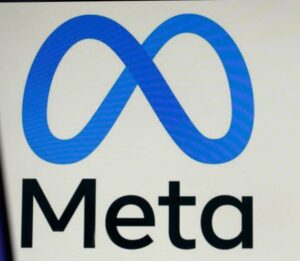 The Government is to bring forward revisions to the state’s enterprise policy in a white paper as soon as next month, amid considerable job losses in the Irish technology sector.

The coalition has been told that around 350 jobs are expected to be cut at the office of Meta, the Facebook parent company. While Government sources urged calm, inward investment agency IDA Ireland said it was an “opportune” moment to revisit enterprise policy amid changes that have taken place in recent years, with more to come.

Government sources said it was hoped that the forthcoming white paper on enterprise would be published next month. A source said it would focus on agility, new markets and multiple sectors as well as the issue of tax breaks, corporation tax and promoting awareness and collaboration with the EU, alongside training and investment in research and development.

“It won’t be reinventing the wheel,” the source said, “just getting new tyres.”

In the face of contraction in the tech sector, sources vowed that the state would adapt to global changes underway, pointing to strength in life sciences and pharmaceutical FDI investments.

Government figures expressed some relief at the intended size of the layoffs. There had been fears there could be as many as 1,000 redundancies at Meta in Ireland, but that is now considered unlikely.

The cabinet heard that the tech sector is still growing, with Tánaiste Leo Varadkar saying in a statement afterwards that the developments should not be “seen as a major crisis”.

The IDA echoed this in a statement to the Oireachtas enterprise committee, stating that Ireland has to remain competitive while also “working to address immediate competitive issues related to the carrying capacity of the economy with regard to housing, energy, water, infrastructure and planning.” It said it would be several weeks before the precise impact of the job losses signalled recently could be ascertained.

The Meta announcement follows Twitter’s decision last Friday to cull 7,500 staff from its workforce globally, with more than half of its 500 workers in Dublin expected to be axed.

Dual Irish-US headquartered payments company Stripe, founded by Patrick and John Collison, also revealed plans last week to cut 14 per cent of its staff worldwide. Some 80 Irish jobs are expected to be lost in the process.

Software company Zendesk will also cut 300 jobs globally, with a number of roles at its Dublin office expected to be in the firing line.