Lesson: These Irish locations ranked as ‘Tech Cities of the Future’ for 2021 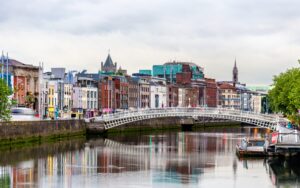 Dublin held its position as the third top tech city of the future in Europe, while Cork made the top 10 for economic potential.

Dublin, Cork and Belfast were all noted for their strengths in the latest Tech Cities of the Future report.

The ranking focuses on European cities with the most promising prospects for start-ups, technology and innovation investment.

Data was collected, analysed and ranked for 76 cities across 31 European countries under the categories of cost effectiveness, economic potential, foreign direct investment (FDI) performance, innovation and attractiveness, and start-up environment.

Last year, Dublin was ranked third overall behind London and Paris respectively, a top-three ranking that remained consistent this year.

However, the capital city improved its ranking in innovation and attractiveness, coming in seventh where it failed to break the top 10 last year.

Meanwhile, Cork held a strong position in sixth place on the list for economic potential, with recent highlights for the city including a €78m Qualcomm Technologies R&D lab announced in November 2020 and Amazon’s plans to add 1,000 jobs to both Cork and Dublin over the next two years.

Dublin also came out strong in FDI performance, ranking third. According to the report, Dublin had more than 6,500 outward FDI jobs created by start-up companies between 2016 and 2020, the second highest of all European cities ranked after London.

Irish cities’ strong performance in FDI seems to be continuing well into 2021 too, with IDA Ireland’s mid-year report showing “strong investment flow” into Ireland in the first half of 2021.

The report said that more than 12,530 jobs had been created by such investment during the first six months of the year as part of 142 investments.

Additionally, a report from law firm William Fry showed that mergers and acquisitions in Ireland reached a record high in the first half of 2021, with international buyers beign a key driver of this activity.