Unemployment at lowest rate since 2005

Lesson: Unemployment at lowest rate since 2005 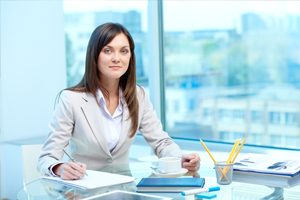 The latest figures from the Central Statistics Office (CSO) show that the unemployment rate fell to 4.4% in May, down from a revised 4.6% in April, and a revised 5.9% 12 months ago.

The seasonally adjusted number of people unemployed fell by 3,100 between April and May and by 33,200 compared to a year ago.

The unemployment rate is at its lowest level since since 2005 and close to historical lows. Global jobs experts, Indded.com believe that whilst there will likely be commentary around the economy being close to ‘full employment’ there is ample evidence to suggest that Ireland’s job boom has not yet run out of steam.

The figures indicate that labour force participation has been rising steadily and is approaching the pre-crisis peak of 75.3% in 2007 (for the 20-64 age group), as solid wage growth draws people into the labour force.

The job experts say it is certainly a jobseeker’s market, although vacancy rates do vary significantly by sector. The professional, scientific and technical sector has the highest job vacancy rate followed by the financial, insurance and real estate sector. People with this sort of expertise are most likely to be in the best position to leverage their scarcity and push for higher wages

Commenting on the figures, Economist at Indeed, Pawel Adrjan said, “Even after the creation of over 221,000 full time jobs in the past 3 years, the most recent data shows employment growth is still robust with a seasonally-adjusted quarterly growth rate of 1.5% in Q1 2019, compared to Q4 2018. There are also still almost 20,000 job vacancies, with the vacancy rate showing no signs of falling.”

He added, “The question is, with demand for staff still growing how can it be accommodated as the labour market tightens? The two most likely sources will be further inward migration from overseas – 44% of the growth in employment over the last year was driven by non-Irish nationals – and increased labour force participation.”